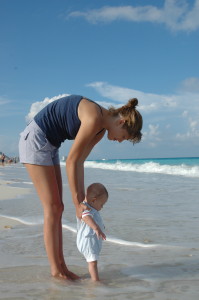 In Part 1 of our 2 Part series on the EEOC’s new Guidelines on Pregnancy Discrimination, we discussed the first five things you should know about this recent and important guidance.  Here are tips six through eleven:

6) Title VII prohibits an employer from offering a health insurance plan that does not cover prescription contraceptives but provides other preventative health care.   To comply with Title VII, an employer’s health insurance plan must cover prescription contraceptives to the same extent it does prescription drugs, devices and services that are used to prevent the occurrence of medical conditions other than pregnancy, such as medicine that lowers cholesterol levels.

This highlights the difference between guidance and law.  Guidance simply does not have the force of law until a court speaks to it, adopts it, and decides to make it law.  Guidance does have a substantial effect on the agency’s interpretation of issues.

This, however, is a different perspective on the contraception issue, and it may carry some weight when it gets into the courts.  For the moment, though, this guidance is pretty directly at odds with the precedent of the Supreme Court.

7) An employer’s concern about risks to an employee or her fetus will rarely, if ever, justify sex-specific job restrictions. The Supreme Court has held that a battery manufacturing company violated Title VII by excluding all fertile women but not similarly excluding all fertile men in jobs entailing exposure to high levels of lead (which can pose hazards to unborn children). In reasoning that such a policy constituted discrimination, the Court emphasized the fact that it denied fertile women a choice that was given to fertile men: whether they wished to risk their reproductive health for a particular job.

8) Title VII prohibits employers for taking adverse employment actions against employees on the basis of their desire to become pregnant. Therefore, if an employer overhears that a female worker is trying to get pregnant, reacts or comments negatively to that information, and then demotes or takes another adverse employment action against that employee despite her overwhelmingly positive performance evaluations, it is likely that the employer violated Title VII by impermissibly discriminating against the woman for wanting to be pregnant.

9) Title VII does not prohibit an employer from asking an applicant whether she is pregnant. However, the EEOC considers such an inquiry to be evidence of discrimination where an employer subsequently fires an employee or decides not to hire that applicant.

10) A workplace policy that is not intentionally discriminatory violates Title VII if it has a disproportionate, negative effect on women ft odor a pregnancy-related reason and the policy and is not job related or consistent with a business necessity.

11) Section 4207 of the Affordable Care Act requires that employers provide “reasonable” break time and a private location for employee breastfeeding or breast pumping for up to one year after birth of the employee’s child.

Remember, employers may not discriminate against employees on the basis of pregnancy, childbirth or other related medical conditions. Women affected by pregnancy, childbirth or other related conditions must be treated the same as other persons similar in their ability or inability to work. The ADA’s pregnancy-related provisions mandate that employers must accommodate impairments caused by an employee’s pregnancy to the same extent they would other disabilities in the workplace.

Pregnancy discrimination is a real problem and it needs to be addressed.  If you were fired, demoted, or otherwise discriminated against in a job for reasons related to your pregnancy, childbirth, or the desire to become pregnant, you may have a case of discrimination under Title VII and the ADA. For a consultation, please call us at (703) 791-9087 or visit our web site at www.erlichlawoffice.com.