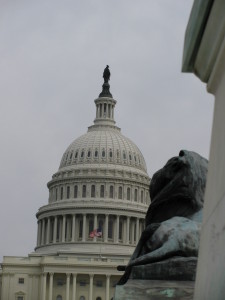 END_OF_DOCUMENT_TOKEN_TO_BE_REPLACED

Jeff Wilpon, the Chief Operating Officer of the New York Mets and son of Mets owner Fred Wilpon, runs his front office department about like his father runs the baseball team: Leigh Castergine, former Vice President of Ticket Sales, recently filed a lawsuit in the Eastern District of New York alleging that Fred Wilpon and the ball club discriminated against her for being pregnant and unmarried.

Castergine is a graduate of the University of Pennsylvania. She has worked for the Philadelphia 76ers, Orlando Magic, and Boston Bruins and was hired by the Mets in 2010. Last December, the Mets promoted Castergine to Vice President of Ticket Sales, making her the first female to hold such a position in the ball club’s 52 years of existence. The team regularly awarded her five- and six-figure bonuses for her work.

Sounds pretty good. So how did things go wrong?

END_OF_DOCUMENT_TOKEN_TO_BE_REPLACED 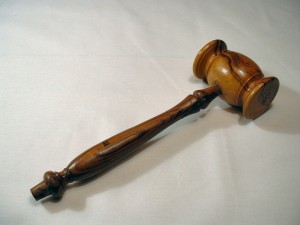 END_OF_DOCUMENT_TOKEN_TO_BE_REPLACED

Have you ever wondered how bad your working conditions have to become your work is a “hostile work environment?”  A recent case may help you decide whether you’re in a position to take legal action.

Reya Boyer-Liberto, an African-American woman, sued the Fontainebleu Corporation and her boss Leonard Berger for racial discrimination and retaliation in violation of Title VII of the Civil Rights Act of 1964 and 42 U.S.C. § 1981.  Liberto alleged that her former employer discriminated against her by allowing a hostile work environment to persist at the hotel where she worked because a coworker yelled at her and called her a “porch monkey” twice within a two-day period.

Despite recognizing the racial slurs as unacceptable, the Fourth Circuit held that Liberto’s coworker’s conduct was too isolated to constitute a hostile work environment, reasoning that a two-day period of racial comments, relating to one altercation, was not sufficiently “severe” or “pervasive” to change a term or condition of her employment or create an abusive workplace atmosphere.