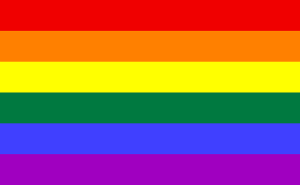 “Georgia is a welcoming state. It is full of loving, kind and generous people. And that is what we should want. They choose to worship God in the way they see fit in a myriad of ways, in a variety of different settings. I believe that that is our best side. And our people, every day, work side by side without regard to the color of their skin of their fellow mate. Or the religion that their co-worker might adhere to. They are simply trying to make life better for themselves, their families and their communities. That is the character of Georgia. I intend to do my part to keep it that way. For that reason, I will veto House Bill 757.”

All of the attorneys at The Erlich Law Office, PLLC are proud members of the Virginia Equality Bar Association, an association that seeks to secure equality for the LGBT community and opposes discrimination based on sexual orientation, gender identity or gender expression. We have represented LGBT individuals in a variety of cases including discrimination in employment and civil rights cases regarding police treatment. If you believe you have been discriminated against or harassed for these reasons in the District of Columbia or the Commonwealth of Virginia, please contact us today.