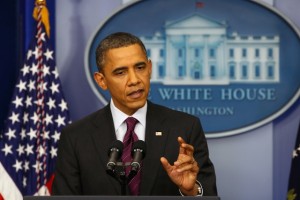 According to multiple pieces in the Washington Post, this order is designed specifically to help salaried workers who are expected to work long hours without additional compensation, such as managers of fast food restaurants and convenience stores.  This expansion of the salaried overtime pool is expected to impact millions of workers, and could very well affect you.

Are you a salaried worker expected to work long hours because your boss told you that you’re exempt from overtime?  What you were told by your supervisor isn’t necessarily true.  Check out the FLSA FAQ on the Erlich Law Office site for more information about overtime and exemptions and our practice area page on wage claims.

Also, remember that you should still track your hours if you are salaried, especially if your employer is not tracking your hours.  It will help you in your attempts to be compensated for the overtime hours that you have worked if you have notes or a record of the number of uncompensated overtime hours you worked each day.  Many salaried employees don’t clock in or clock out for their shifts, so it is very easy to lose track of how many hours those employees have been at work.

Finally, even if you don’t keep detailed notes, you can still collect your unpaid overtime.  It’s harder, but we handle these sorts of cases.  Whenever you walk into work, you probably leave some sort of evidence that you just got there.  A computer timestamp.  An email.  A security card swipe.  The same thing happens when you leave.  We can probably prove your hours if necessary, but it is to your benefit to keep notes if at all possible.

Remember to reach out to us if you’d like to speak to one of our attorneys to make sure you’re being fairly compensated for your hard work.